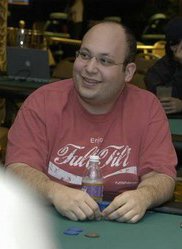 I first stepped into a casino to play poker in late 2002. On one of my early trips, I decided to play in my first poker tournament… a $300 buy-in No Limit Texas Hold’em tournament. There were close to 500 people in the tournament and despite never having played no limit before I ended up in approx. 50th place. I didn’t win any money, but I was excited with my results. I decided to play the $500 buy-in tournament the following week and busted the final table in 6th place out of almost 250 people. I won $5020 and was hooked.

Since then I’ve traveled quite a bit for poker tournaments. I’ve played in tournaments in Atlantic City, Los Angeles, Tunica, Aruba, Sydney, and of course Las Vegas.

There are many poker sites that attempt to track tournament results, but they only report the “official” results and not any deals that were struck amongst the players. Below you will find a table of my tournament cashes over the years.